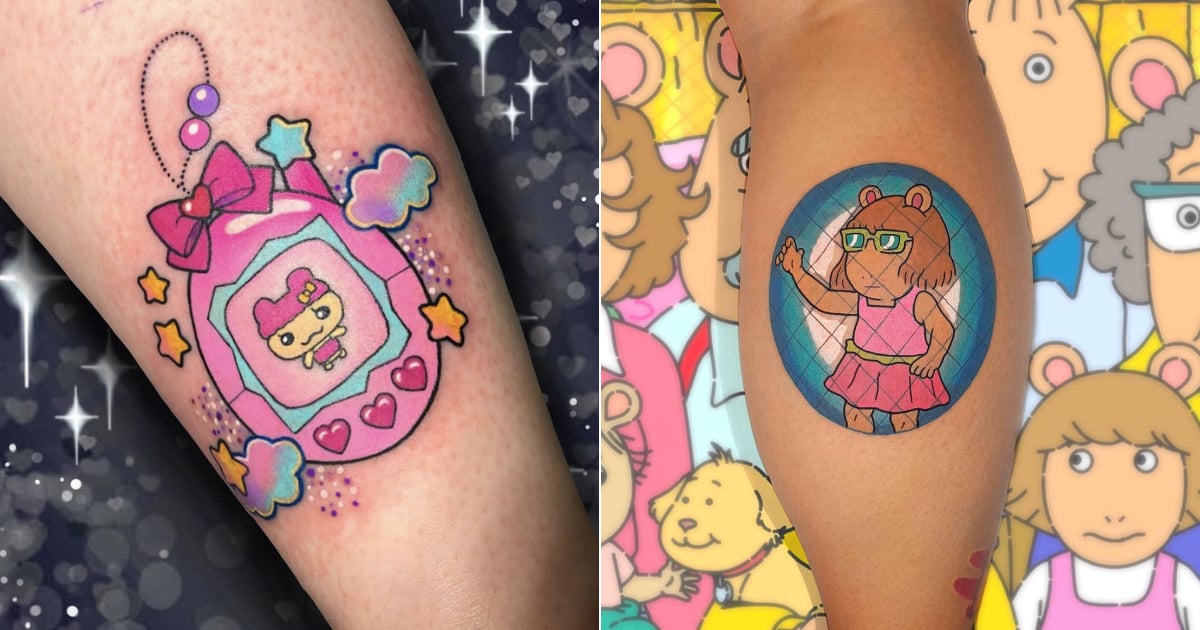 There’s no other way to say it — ’90s kids just know what’s fly. Between the iconic movies that shaped the generation to snacks that were (quite literally) all that and a bag of chips, people who grew up at the end of the century know what’s cool, and that includes some rad tattoo ideas. Ink inspired by the ’90s is colorful, playful, and all about the pop culture icons from back in the day. Complete with everything from bright and exciting Lisa Frank designs to all-time favorite TV show characters (hello, Lizzie McGuire!), ’90s tattoos are just as timeless as the generation they were inspired by. If you’re a ’90s kid living in a 2000s world, check out the best tattoo ideas that’ll leave you totally buggin’.