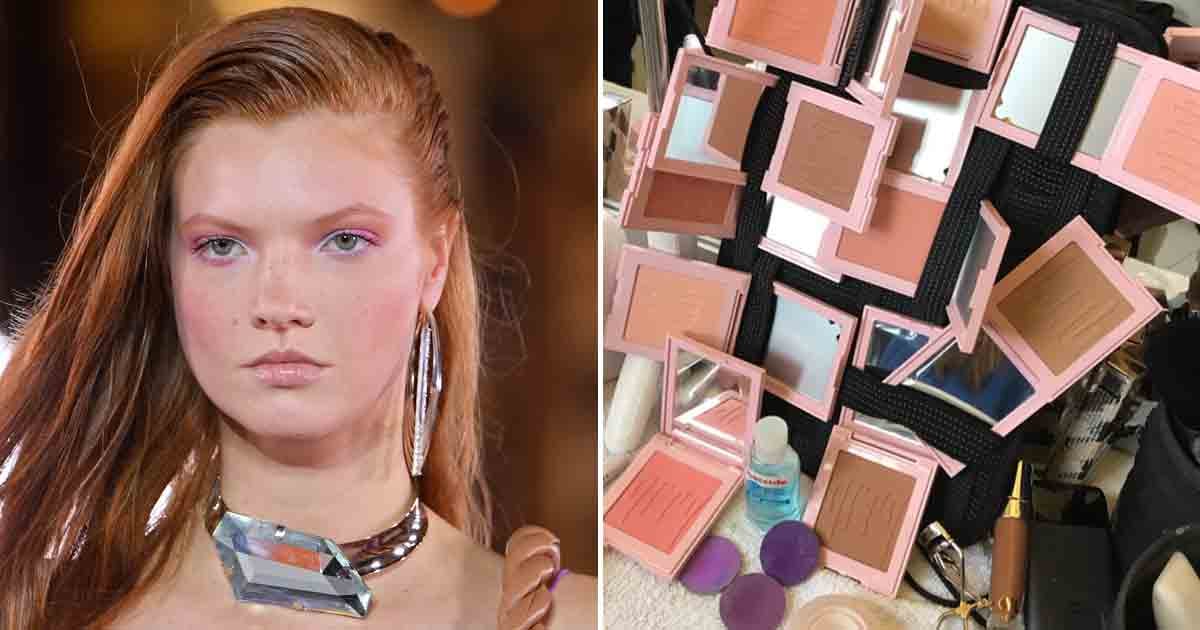 Earlier this week, Balmain designer Olivier Rousteing announced a beauty collaboration that we can’t believe we didn’t see coming: Kylie Cosmetics x Balmain. The collection, which launches on Sept. 27, made its debut in the most fabulous of ways: backstage at the Balmain Spring 2020 show during Paris Fashion Week. Paris-based makeup artist Samira Goyette dipped into the new Kylie x Balmain palette and individual shadows — as well as existing Kylie Cosmetics products — to create the look for the show, working alongside hairstylist Sam McKnight, a long-time collaborator with Rousteing and the fashion house.

Kylie Jenner has collaborated with a lot of people — her sisters, her mom, her former BFF Jordyn Woods. However, this marks Jenner’s first designer collaboration. The partnership makes sense, however, seeing as the Kardashian/Jenner family have long served as both Rousteing’s models and muses; Kendall Jenner walked the Balmain shows several seasons in a row, while Kim Kardashian, Kanye West, and Kris Jenner could often be spotted sitting in the front row. The Kylie x Balmain collection is made up of similar products as some of her previous collaborations but feature cooler tones like blues, purples, silvers, and pinks. “The new line is made up of high gloss shades, matte liquid lipstick and liner and a Balmain Palette of nine runway—ready eyeshadow shades,” Rousteing wrote on his Instagram post announcing the exact launch date of the line.

For the show, Goyette re-created the watercolor eye makeup look that Jenner wears in all of the campaign imagery for Kylie x Balmain, which features lilac and sky blue shadows blended all over the lids and a rosy pink cheek and glossy pink lip. A few of the models wore high-shine silver winged shadow.

When it came to the hair, McKnight gave the models deep side parts and swept their hair all to one side with the Dyson Supersonic Hair Dryer ($300), using his fingers as he dried the hair to lift the roots upwards and away from the face, creating volume in the process. He then used his Hair by Sam McKnight Modern Hairspray ($32) to keep the style secure and in place.

The Kylie x Balmain Paris collection launches on Sept. 27 on kyliecosmetics.com. Keep reading to see behind-the-scenes photos of the collection being used backstage at the Balmain Spring 2020 show — courtesy of Jenner, Goyette, and McKnight — as well as the final looks for the show.